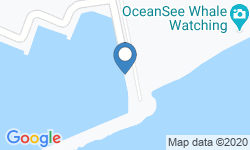 Fish with the captain who has caught Blue Marlin more than 250 times! Pull Up Sportfishing and Captain Zak are based in the Azores, a place famous for its amazing big game fishing. The list of amazing catches doesn’t end up with Blue Marlin, as he caught countless Bluefin Tunas, White Marlins, and Big Eye Tunas.

The boat you’ll be fishing from is a 20’ Valiant inflatable outboard. This 20’ RIB has everything you need for a successful jigging trip. The boat is equipped with navigational electronics to make sure you can trace the fish with ease. It also features an ice box for the catch and a live bait well.

On a typical trip, you’ll be jigging, bottom fishing, or drifting for a variety of species. These include Grouper, Snapper, Amberjack, and different species of Tuna.

Your fishing equipment is completely covered and the crew will also supply enough drinks and snacks. You can bring your food and don’t forget sunglasses or rain gear. Catch cleaning and filleting is also included in the price.

There’s no better way to target big game fish than with a captain who holds several records. Pull Up Sportfishing is your ticket to a new fishing trophy!

Nautical Solutions
Funchal, madera, Portugal
Hi, I’m Ezequiel Conde, known to most as Zak Conde. I was born in The Azores in 1972. and started fishing in 1991 on board the Cecilia. During my 16 years on various big game scenes, I’ve been fishing in Madeira, Canaries, Ascension, Ghana, Australia, and Cape Verde. As a mate, I have wired more than 1200 Blue Marlin. My best fish Blue marlin -1309lbs, caught in 1993 in the Azores Black marlin – 1072 lbs, from Cairns Australia Blue fin tuna – 854 lbs in the Azores, and one we estimated over 1000 lbs, also 5 world records Atlantic blue marlin – 1189 lbs – caught in Azores in 1993 Six Gild shark – 1332 lbs in Ascensions islands 3 world records of blue fish in Azores. 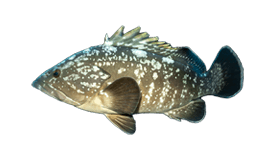 FAQs about Pull Up Sportfishing