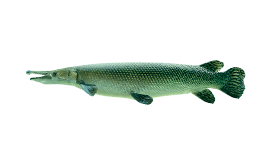 The Alligator Gar is nature's amazing prehistoric compromise between an alligator and a fish. They are ferocious in appearance, but passive towards humans and are among the largest freshwater fish of North America.

The species has plenty of features that are deservant of the name it bears. They are elongated in shape and have an alligator-like jaw full of sharp teeth that bite down with powerful force. They are carnivores that do not hesitate to devour birds, reptiles and small mammals making the mistake of coming too close to the water. They also frequently surface for air (cause for this is unknown) and can survive out of water for 2min.

As one of the largest fish in North American freshwaters, Alligator Gar are commonly caught between 4 and 6ft and 100 and 160lbs. The largest specimen was bowfished and weighed in at 365lbs.

Alligator Gar are native to slow rivers, reservoirs, landlocked lakes, oxbows and brackish estuarine waters of the southeastern USA. They can be found in the lower Mississippi River basin between, and including, Florida, Texas, Arkansas and Oklahoma. The species was also introduced to Central America and Thailand and fishing for them is marketed as a world-wide sensation in the latter.

Pre-spawning during April and May and winter time December through February are normally times when these fish congregate. They are known to lead isolated lives throughout the rest of the year. July and August, however, are the best months to target them, as the warm weather creates "dead lakes", landlocked from adjacent rivers. They can be spotted in the shallows when they come up to feed.

We can appreciate this couple's idea of a romantic fishing trip. So can Bubba Bedre's Garzilla Guide Service out of Elkhart, TX

Most anglers use quite large whole bait for targeting Alligator Gar. The choices include mullet, shad, carp, perch, shiners or suckers, but most living things around this size should work. A bobber should be used to keep the bait close to the surface.

Stout, braided lines are advised to counter the Gator Gar's two double rows of sharp teeth. They also have tough, bony, plated mouths, causing the need for treble hooks to increase the chances. If you're interested in further reading on fishing for these behemoths, an excellent how-to guide can be found HERE.

Edible flesh, tasty according to some. Hard to fillet due to extremely tough skin and scales. The roe (eggs) should be avoided at all costs, as it's highly toxic to all organisms except other fish.

Texas - 1 fish allowed, except during May in Lake Texoma within the boundaries of Hagerman National Wildlife Refuge and from the U.S. 377 bridge upstream to the IH 35 bridge;

Mississippi - 2 fish allowed, except from Bee Lake, where harvest is forbidden; 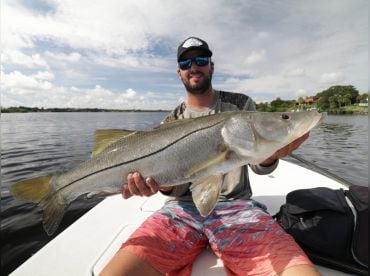 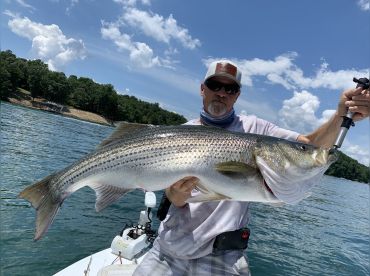 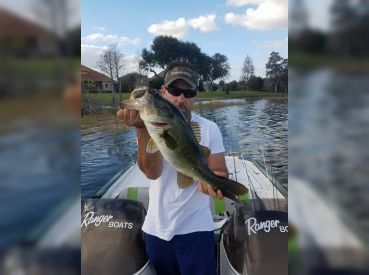 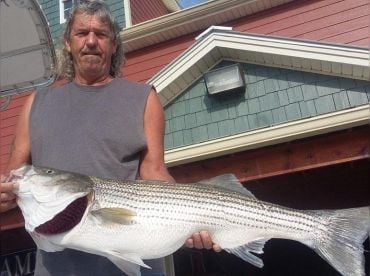 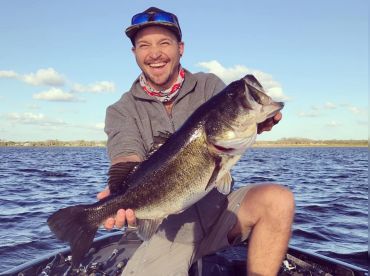 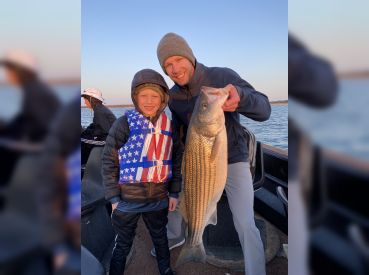 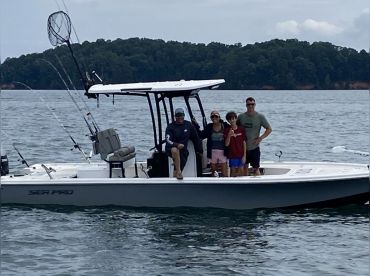 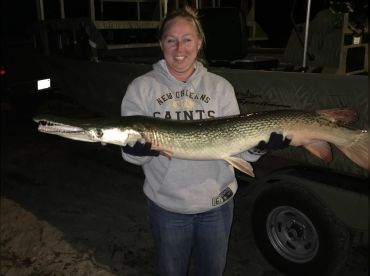