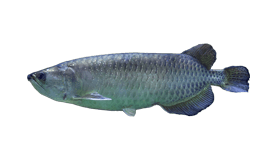 Saratoga typically measure 50 cm long, but are known to reach up to 100 cm.

Northern Saratoga live in rivers and billabongs along the north coast of Australia, from the Gulf of Carpentaria to Western Australia. This species is also found in New Guinea.

Southern Saratoga are native to the Fitzroy River system in Western Australia, but anglers also catch this fish in the Mary, Dawson, and Burnett rivers in Queensland.

Saratoga are not considered good eating fish, mainly because they’re very bony. Most anglers release their catch, but you’re allowed to keep this fish so long as it meets local size requirements (bag limits may apply). As an excellent sport fish, it’s best to let your Saratoga live so he can give anglers a run for their money some other day! 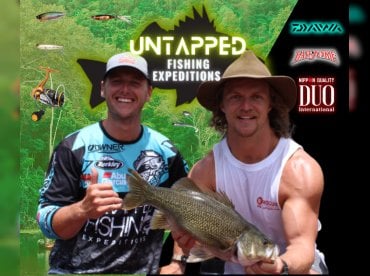