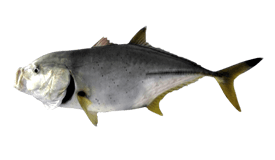 Blacktip Trevally is a lesser known member of the Carangidae family, which includes all Jacks and Trevallies. On the smaller side of the spectrum, this species is still very good game and fair eating.

Blacktips get their name after the dark spot on the end of their upper caudal fin. They are an inshore species, found over rocky reefs and sandy bottoms. Juveniles are found in fresh water as well.

The largest fish caught was 3.3ft long and 27.5lbs heavy, however, most fish will be in similar-sized several-pound schools.

The species inhabits coastal waters of the Indian Ocean, starting from South Africa, throughout South and Southeastern Asia, stretching into the Pacific Ocean north to Japan, south to Australia and west to Fiji. They are an especially popular game fish off Oman.

Like similar species, they will take a variety of natural bait, such as live and dead small fish and squid, but also various types of artificial lures like spoons, plugs, softhead trolling lures, feathers and flies.

Their flesh is rated as fair to good tasting. 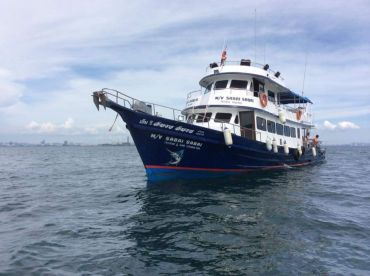 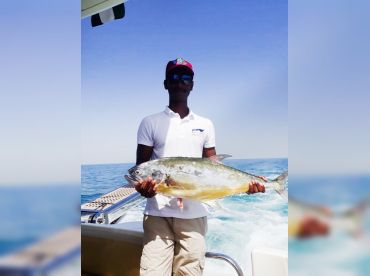 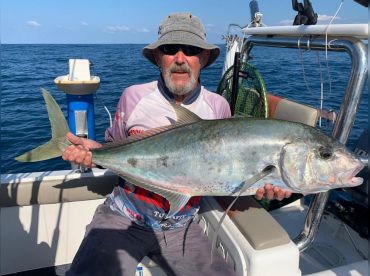 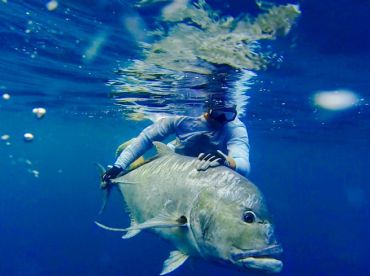