Tarpon and Snook at the channels! 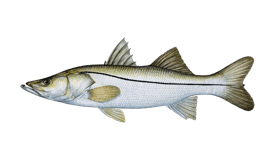 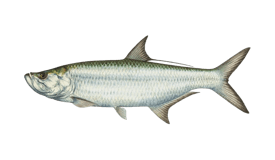 Beautiful day with flat seas gave us the opportunity to do some early reef fishing to target the tasty King Mackerel and Yellowtail Snappers.  To our surprise, the bite was very slow at the reef and after no action at the reef, we decided to target the tarpon and snook at the channels.

On our way back to the channels, we found a huge bait ball in the middle of the Bay and managed to fill our two livewells with a single shot.  We were ready for the tarpon!

Tarpon were not rolling at the channels, but we knew they were there!  5 minutes after throwing in lines, we hook up with a huge snook that unfortunately pulled the hook after couple of minutes. They were biting!

Next drift, we hook up with a decent 6 pound snook that gave a good fight and gave us the first catch of the day.

On the next drift we were able to catch and release a decent tarpon as well.

We decided to go back to the bay to target the elusive jack crevalle to complete our Inshore Grand Slam but no luck.  We hooked up with another tarpon that pulled the hook after a couple of jumps.

San Juan , Puerto Rico  •  Member since July 2014
Luis Umpierre Jr. is a USCG-certified captain with great professional skills. He employs over 20 years of fishing experience to make your trip unforgettable, whether you are a novice angler looking to catch your first big fish or an expert looking for a Caribbean trophy fish of a lifetime. Capt. Luis is knowledgeable in a variety of fishing techniques and targets a diverse range of inshore game fish and offshore species. His father, Captain Luis Umpierre Sr., is a former president of the Puerto Rico Sport Fishing Association and a director of over 20 successful tournaments around the island. Capt. Luis Umpierre Sr. has over 4 decades of professional experience.
Response time: within an hour
Response rate: 100%
Trust

31 reviews
Enjoy the thrill of fishing in San Juan Bay! Join Bayside Fishing Charters for an unforgettable day fishing these pristine waters. Captain Luis Umpierre has over 25 years of fishing experience. He was born and raised within footsteps of the fishing ground
Book Now

December 27, 2016
This week the bite has been very good. Caught plenty of snook and jack crevalle on the back channels to keep us entertained. The story of th…

December 27, 2016
This week the bite has been very good. Caught plenty of snook and jack crevalle on the back channels to keep us entertained. The story of th…